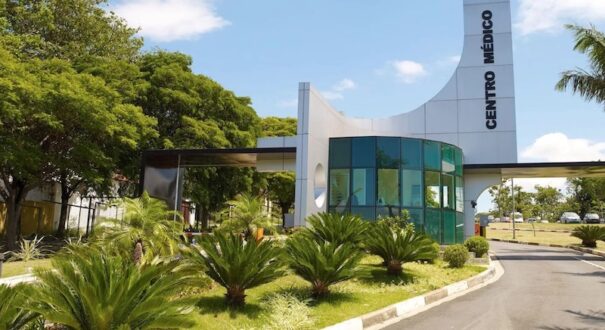 This urban hospital in the Brazilian state of São Paulo has installed fire stations and network detection devices Bosch that provide comprehensive security coverage, networked and compatible throughout the complex.

The Campinas Medical Center Hospital is a reference in health in the state of São Paulo (Brazil). Founded in 1973, the health precinct has gone through different reforms and updates, with the expansion of its facilities to several buildings to respond to the demand of patients.

These renovations have included design changes., with the revision of fire regulations and installation of fire stations of several manufacturers during each stage.

All this has meant that the center had eleven different fire stations, all operating separately; each with its own monitoring, individual cleaning and maintenance, plus spare parts and service support that weren't even available in Brazil.

All these system 'conflicts' and other incompatibilities between older and new equipment resulted in a partially disconnected fire detection system and, therefore, with many risks.

Eduardo Riguetti, responsible for fire safety of the hospital complex, contacted the representative of Bosch in Campinas, Renato Lima, to find a viable solution, whose main objective was to review and redevelop the entire configuration of fire alarms of the hospital.

The main challenge that the project team had to overcome was the integration and consolidation of all the data and configurations of the eleven fire stations in a single one. Even though, effective cooperation between all parties involved and Bosch technology managed to solve this problem.

The fire control network now has a modular plant series 5000 that manages the rest of the detection devices, with improvements in operation and maintenance by users. This makes system updates and reaction times in the event of an incident much faster than before., optimizing safety throughout the hospital.

In addition, five loop modules have been integrated to cover all areas of the Campinas Medical Center Hospital and thus guarantee reliability in detection. These include sensitive environments such as ICUs., operating theatres, the patient rooms and laboratory of the center. Intelligent connectivity of the new network allows technicians to perform maintenance with minimal disruption in these areas.

As part of the project, three remote keyboards have also been configured, connected by Ethernet to the fire station, for the three control areas of the hospital that have uninterrupted staff, as the reception of the main entrance, the on-site fire department and the operations and control center.

This interconnectivity and remote technology decentralize control of the entire fire alarm network and make it fully addressable.. The fire department can now quickly identify the exact location of a fire or other emergency incident.

The system has been integrated with the gas detection system, sprinklers and access control, so, in case an incident occurs, all the doors of the center would be unlocked, since with the current and only fire station the evacuation times are much faster and safer”.