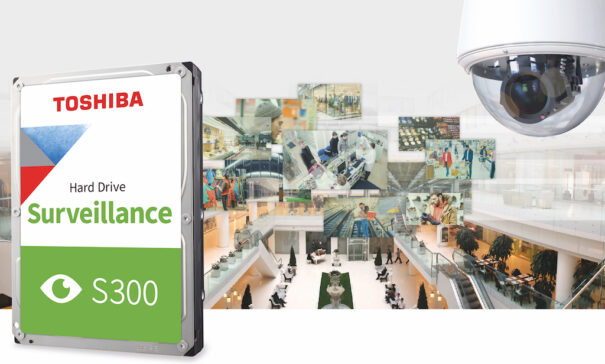 With an increasing number of cameras and video streams with increasing resolution, the demand for storage solutions has also increased. Toshiba Electronics Europe details the special features offered by hard drives for video surveillance compared to desktop.

The video surveillance market is booming. Surveillance cameras are an essential element whether in retail stores, on the perimeters of business buildings, transport and other environments. With an increasing number of cameras and increasingly higher resolution video streams, demands for storage solutions are also increasing.

As a consequence of all this, hard drive manufacturers propose special HDDs for video surveillance that, according to Toshiba Electronics Europe, must have a series of differential characteristics with respect to those of Desktop.

Long service life: video surveillance systems, hard drives usually work all day and, therefore, specific HDDs for this function are designed to operate 24/7, with an average time to failure or MTTF (mean time to failure) of one million hours of operation, which corresponds to an annual failure ratio or AFR (annualised failure rate) of 0,88%.

In a thousand-disk installation, For example, statistically they would fail around nine discs in the period of one year. In front of them, HDDs for Desktop, designed for an operating time of between eight and sixteen hours per day, usually only reach 600.000 Hours. In a continuous operation, this data would be equivalent to an AFR of the 1,46%, I mean, about fifteen failures a year for every thousand disks.

HDDs for video surveillance are, therefore, very robust and can withstand an annual workload of up to 180 Tb. For its part, hard drives for Desktop, that have fewer accesses and support smaller amounts of data, are usually indicated for a load of only 55 TB per year. If these discs are used in a video surveillance system, this amount of data would be reached quickly and increase the likelihood of errors and failures.

simultaneous read access is also not a problem, so that the recorded material can be read and verified. However, whether AI assessments are to be used (The), that in addition to high write loads also cause reading, it will be worth using even more powerful enterprise hard drives.

Temperature resistance: video surveillance systems are not always located in data centers or well-ventilated offices, so they are designed to operate in a wider temperature range than hard drives for Desktop, so its components don't wear out as quickly.

Generally, these hard drives withstand temperatures between 0º and 70°C, while the usual thing is that the HDDs for Desktop are designed for a range of between 0º and 60°C, which is the temperature spectrum in offices and server rooms with air conditioning.

Compatibility: hard drive manufacturers subject their drives to extensive compatibility and performance testing on a wide variety of video recorders, which ensures that they work perfectly with the devices.

To be effective you have to take a look at the compatibility lists of manufacturers or rely on the complete solutions provided by experienced integrators who have already equipped systems with the most suitable hard drives.

HDDs for Desktop do not pass these tests in video surveillance systems, so that they are not guaranteed that they will run smoothly on devices and provide optimal performance.

Vibration protection: systems that need to provide a large storage capacity also host a large number of HDDs, whose rotating vibrations can be amplified. To do this, high-capacity units for video surveillance are usually equipped with special sensors that detect these vibrations.

They also have intelligent control mechanisms that adjust the operating parameters to minimize the effect of vibration and not affect the performance of the unit. Hard drives for Desktop lack these sensors and control mechanisms.

Hard drives for environments, "a priori they could be cheaper, but they will not be able to cope with the continuous operation and high workloads of video surveillance, warns Grabon.. Companies that opt for these cheaper units find that they have a higher risk of failure and, as a result, higher maintenance and repair costs".