As part of the project, managed with Milestone XProtect, have been installed 10.000 Uniview cameras 4 MP in the 856 schools in the country, along with Axis audio speakers and Optex sensors. 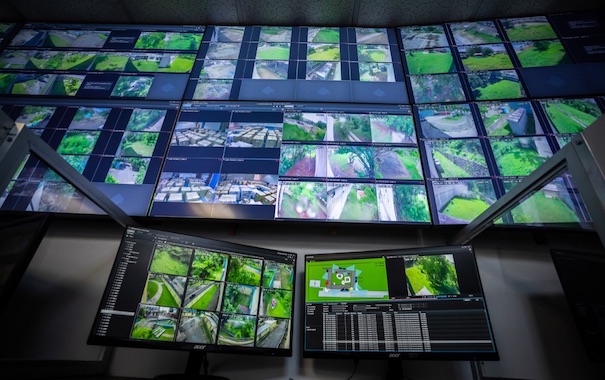 The Associated Free State of Puerto Rico needed to deploy a centralized and efficient perimeter security system for all public schools on the island, intrusions and assaults on educational institutions had increased, added to the damage to all the infrastructures of the hurricane Mary.

To meet these worrying needs, authorities opted to install a large video surveillance system, composed of more than 10.000 Cameras, speakers and other safety devices in 856 schools in the country. For your management, a centralized control center has been created that uses the Corporate version of the manufacturer's XProtect video management software Milestone Systems.

This project had the same annual budget with which until then it was monitored and protected 250 Institutions, while the new one allows the Puerto Rico Department of Education to cover all of its public schools, in total 856, and that in its first months of operation it shows a reduction in the 97% intrusions within educational institutions.

Another advantage of the new system, in addition to protecting the school system, is that the images captured by surveillance cameras help other government agencies assess and manage areas for public use and investigate urban security incidents.

Ensuring a safe environment is a growing challenge for schools and schools in Puerto Rico, where thefts are unfortunately common, fights and bullying, that don't just affect the entire educational community, Teachers, students and employees, but the public entities on which they depend.

The starting point, even before the hurricane that destroyed numerous infrastructures, it wasn't favorable, since there was no centralized and integrated security system that provided an overview of all schools.

There were disparate installations of video surveillance equipment (Cameras, Alarms, Lighting), but only in a few 250 Schools. In the aftermath of the hurricane, the top priority was given to the investment of an perimeter security system for all schools with a centralized and effective command center.

"The hurricane harmed the island's communication and lighting systems, circumstance that promoted intrusions into schools and, subsequently increasing vandalism. We had no visibility into what was going on or how to avoid those escalations, remembers César González Cordero, Security Commissioner of the Puerto Rico Department of Education, so a centralized and coordinated effort was needed".

The local company Genesis Security Services was selected to develop the perimeter security project for 856 public schools on the island. "We've been providing security to the Department of Education for over fifteen years, that's why we knew the design, location, school assets and vulnerabilities, a big advantage when it comes to running the project", explains Yasel Morales, chief technology officer of this company.

Control of the video system was built inside Genesis Central Station, located in the municipality of Carolina (in the Northeast region of the island). Video data from all schools is returned to Central Station, where they are managed with Milestone Systems XProtect Corporate's open VMS platform.

Harnessing the power of this open platform, XProtect software supports more than 8.500 security and surveillance devices, and with more than 450 software integrations of more than 3.500 technology partners.

"At Central Station we have fifteen workstations, with the same number of operators per shift. We have a video wall of ten monitors distributed between the stations, and we have two dispatch centers that serve as Backup, in the municipalities of Yauco and San Juan", Morales points out.

As part of the project, some 10.000 Cameras Uniview DH-Vision 4 megapixels in the 856 Schools, with an average of twelve devices in each installation. Audio speakers have also been integrated Axis Communications and a range of sensors Optex.

The combination of these technologies allows each school to have an anti-intrusion system with its own alerts, all backed up to Central Station. Each has a server with XProtect Express+ installed, that communicates with the Corporate version of Central Station via Interconnect, a licensing platform that allows you to open a communication channel between different teams.

With Milestone Interconnect, operators can easily monitor critical and remote areas from a central location, resulting in faster intrusion or incident management, because they can access the video and receive alarms from connected remote sites.

In addition, Genesis created virtual fences with the cameras that, in addition to protecting school spaces, they also ensure the safety of substations and solar panels, considered important assets for institutions. If someone crosses the virtual gate, an alert is generated locally that is sent to the Central Station with Interconnect, operators can activate the emergency protocol if necessary.

Video technology has helped dispel problems such as property theft and has helped reduce rates of physical aggression and harassment among students. These results have helped build trust among Puerto Rican families when they enroll their children in schools.

"The system provides agility and precision. It is more efficient and immediate than communicating with a guard who has to enter a facility to verify what is happening. It's great to work with a system that has visibility 24/7 centers", Gonzalez says.

this project has also reduced the cost of safety in schools. "Annually we spent some 25 millions of dollars to cover only 250 schools with the guard system," he adds,, and we had almost six hundred centers left unattended. This project allows us to cover the 100% Puerto Rico's public schools on the same budget".

At last, it is important to note that many of these schools are located in vulnerable locations on the island, so the system is also helping the police and the prosecutor's office resolve cases that occurred around educational premises, and to contribute to the well-being of the community.

"In the future we want to have a system that is able to identify whether a sex offender crosses the perimeter in school zones in order to alert in time," Gonzalez says.. The next step will be to develop analytics for the VMS, to give not only perimeter security but also statistics such as people count, vehicles and also integrate access control systems into schools.