This health institution has found in Milestone's video management system a reliable solution to protect its patients and the installation. 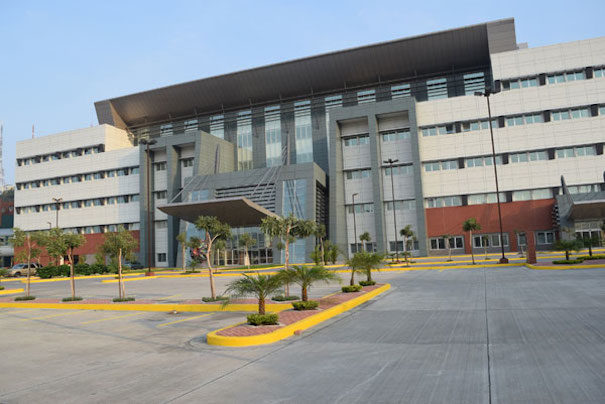 Protect facilities and improve the security processes of the Alfredo G Women's Hospital. Paulson, ecuador's Guayaquil region (Ecuador), has been the goal achieved by its leaders with the deployment of a comprehensive security solution, whose core is XProtect Expert video management software Milestone Systems.

The hospital is structured in a five-story building and a two-story secondary building, for external consultations, accessed daily by hundreds of people, with the challenge of protecting visitors, patients admitted and the facilities themselves.

"The Charity Board that runs this hospital, already had a similar one - the Motherhood Enrique Sotomayor-, whose infrastructure did not operationally supply the demand of the rest, since it had a very limited analog CCTV system. In addition, the hospital had theft problems and a lot of patient complaints", explains Mauro Avecilla, engineer at the company Melacorp, responsible for the installation of the new video surveillance system.

The option was to deploy a security solution, with a transition from analogue to digital world, responding to the operational needs of the hospital and its users, and integrate a monitoring system for all buildings belonging to the organization.

The solution deployed and integrated by Melacorp has as its fundamental core the new video surveillance system the XProtect Expert video management platform of Milestone Systems and the line of network cameras of Axis Communications.

"One of the reasons we chose this management platform has been the video analytics that today are a real support in the security operations of any company, and especially in those of a hospital, who can now count on misplaced object analytics, Found, among other options, points Avecilla.

For this project have been installed 230 network cameras in the main hospital building, And 34 in the external consultations of four different models of the manufacturer Axis Communicatios: fixed outdoor devices P1354-E (44 Units); fixed indoor domes M3004-V (107 Units); PTZ exterior camera of the P5524-E (eight units) and indoor domes P3214-V (105 Units).

As for storage, seven servers are used Hp StoreEasy, series 1640 (three of 28 TB for the main building) And 1440 (two of 8 TB for external consultations), with operating system Microsoft Windows Storage Server 2012 R2, in addition to the DL380p Gen8 and DL320e servers of this same manufacturer, for the administration of the main building the consultation, Respectively.

For Freddy Matamoros, head of hospital engineering at the Alejandro Mann complex, "one of the biggest advantages of Milestone VMS is its search sectioning, which is far superior to other CCTV recording systems, allows us to quickly search for sectorized movements of a camera".

Another advantage of this system, that can be integrated with an access control one, is that it "generates alarms with the image captured by the camera in case there is any problem. For example, if there is smoke or incidents with any user, which saves us surveillance personnel and react quickly, ensuring complete attention", Matamoros underlines.