The first six Flir Saros models, in dome format, have thermal resolution up to 960x120p, with a field of view up to 270 Degrees. 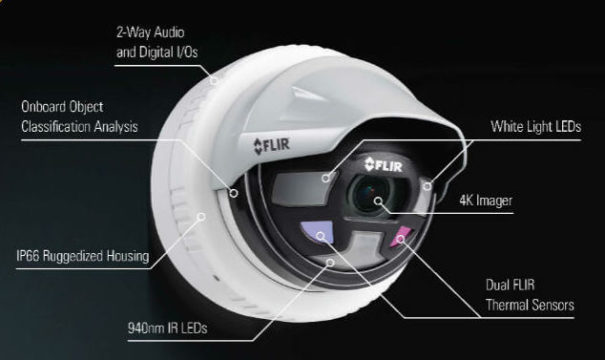 Combining various technologies, the first six outdoor IP domes of the new Saros range Flir just presented on the market have options for resolving 1.080 or 4K, and also thermal for precise application in perimeter protection and large areas.