The new version 2 WV ASF950 deep learning facial recognition software now provides a 99% and has a 'whitelist' for the free movement of access for people registered in a database. 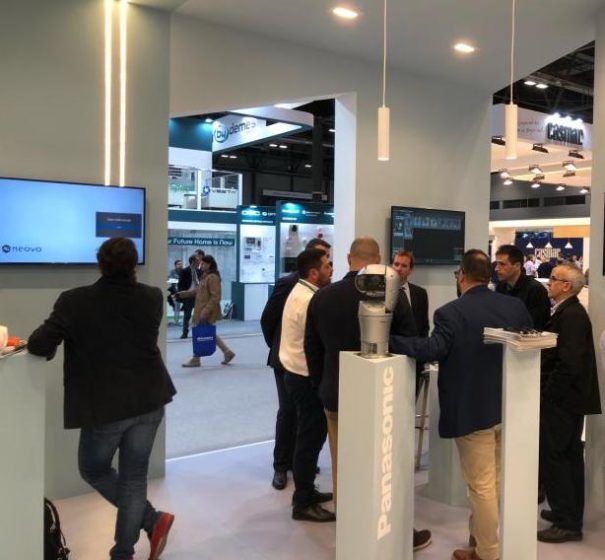 In the space of the security systems distributor CCTV Center In Sicur 2020, held up to the 28 February in Ifema – Madrid Fair, the manufacturer Panasonic shows professionals the new features offered by the 2 of its WV ASF950 facial recognition software with deep learning.

With more than ten years of experience in the development of facial recognition systems, the company materialized its innovation with ASF950 considered, independent tests conducted by the National Institute of Standards and Technology (Nist), as the most accurate on the market, with a higher detection than 90% on faces partially covered by sunglasses or masks, as José Luis Carrasco explains, marketing assistant at Panasonic.

The version 2 of this software takes it a step further in this regard, with an accuracy of up to the 99%, thanks to its powerful central engine to capture and record faces in access applications and compare them with a 'blacklist' through the metadata and embedded analytics of their video surveillance cameras, sent to a server.

AI mode performs image analysis on the same camera instead of on the server, so they only send the best shots, reducing both server and network load, in addition to the total cost of the system, that are checked against the so-called 'blacklist' of the database, with more than 30.000 registered faces.

The version 2 adds a 'whitelist' of registered faces, scanned and stored in a database to facilitate free entry into your application in companies, Schools, Etc.

The information obtained by the video surveillance cameras in the accesses and entrances is not recorded to preserve the confidentiality of the people. This information is also used for counting people, gender-defined, Age, Etc.

As you've already advanced Digital Security, Panasonic equipment will be used in the Advanced Access Control System (AACS) developed by Atos for the Olympic Games Tokyo 2020, and it will be the first time in the Olympic record that a facial recognition system will be used for the accreditation and access of athletes, volunteers and staff.