In order to achieve early detection of abnormal body temperatures, Nunsys advised them on the use of Hikvision thermal imaging cameras, who use a deep learning algorithm that discriminates against other sources of heat that are not human bodies. 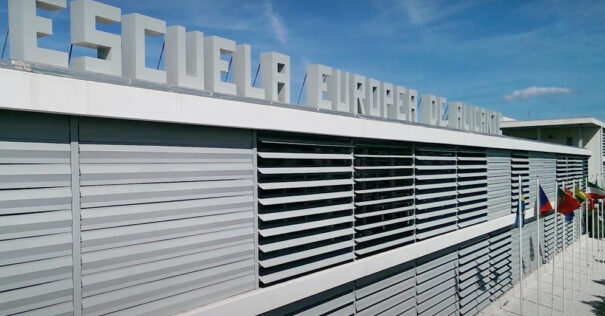 The situation that goes through society has caused schools and institutes to check the body temperature of all people who access their facilities, including students, Families, teachers and auxiliary staff.

This has been the case with the European School of Alicante, Spain's only school belonging to the 13 schools run by the European Union to welcome the children of their civil service in those countries where Community institutions are located.

"At the organizational level, we needed to start the school year by offering maximum guarantees of prevention and anticipation in the face of potential suspicious symptoms", explains José Mário da Torre, director of the European School of Alicante. The 70% of the more than 1.100 students who attend the centre daily are children of EUIPO workers (European Union Intellectual Property Office), "so an outbreak in this environment would force the school to close, but also this body" responsible for managing the intellectual property registration of 27 member states.

Faced with this reality, J's team.M. da Torre decided to turn to the tech company Nunsys to advise on the suitability of thermal imaging cameras as a tool for real-time body temperature measurements, automatically and contactlessly. These use a deep learning algorithm (Artificial Intelligence), developed by Hikvision, able to discriminate against sources of heat other than human bodies, achieving measurements with an accuracy of up to ±0.3 oC.

After an initial study of your infrastructure, "we advise the European School to install three fixed chambers and cover the main accesses of children and primary, secondary and parking", belkis Blázquez details, Nunsys physical security manager. With an action range of up to nine meters, these devices measure a maximum of 30 people simultaneously, generating alerts when any of them exceed the recommended temperature threshold.

Following the wholesaler's recommendation CCTV Center, video technology application provider, "We also complement the assembly with two handheld cameras located in the new accesses enabled to speed up entry to the center in the first hour".

After these first few weeks of testing after the start of the school year "we are convinced that thermal imaging cameras have been the best choice we have made to ensure the well-being of our educational community", says da Torre. Numerous specialists recognize that this technology is marking a before and after in terms of safety and prevention "because it manages to minimize the risk of contagion", Blázquez concludes.