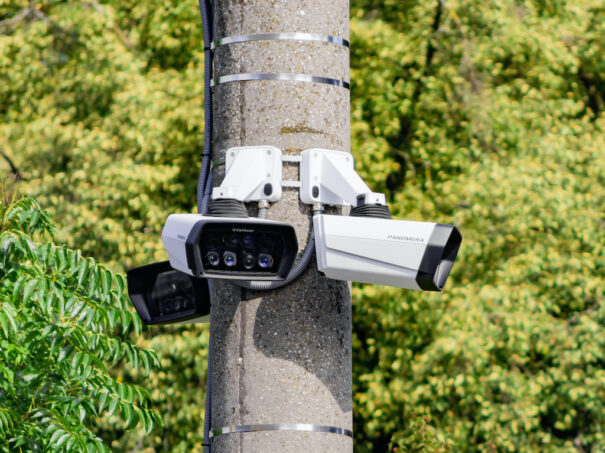 Joshua Braun, Marketing Director of Dallmeier Electronic, explains how video technology has ceased to be a simple cost element to become a successful business activity and new fields of business.

The video security technology market is constantly changing. Today, added values, beyond mere image capture, are in the focus of the sector. Include, among others, analytics technologies based on machine vision, with which users can optimize both security issues and business processes.

More and more, video technology ceases to be a simple cost element to become a business enabler, I mean, the precursor of a successful business activity and new fields of business.

TCO and the 'camera' economy of scale

It doesn't matter if it's in private life or in the B2B realm, everywhere the maxim is applicable: just because a product is cheap, its use does not necessarily have to be also profitable.

A TCO analysis helps to consider the life cycle of a video security solution in its entirety, including planning costs, installation and operation of all components involved.

Many users are amazed that the number of cameras needed not only affects the costs of acquiring individual components as such., but they carry a series of derived costs.

Every video security solution is different. In the case of internal surveillance of a logistics warehouse, For example, there are completely different demands than those that occur in perimeter protection. However, despite the immense amount of possibilities, the same requirements appear again and again: surfaces or distances must be monitored and, according to the application, with a certain resolution that should not be left below.

This resolution density is defined in the DIN EN standard 62676-4, globally valid. For example, are required 250 pixels per meter (px/m) for the identification of unknown persons; However, are usually sufficient with 62,5 px/m for object classification, like vehicles.

The valuable resource of the 'resolution'

PTZ cameras, megapixel and also multisensor are facing a challenge: in most cases, these last two models offer (zooming or not) a detailed decision admitted to the courts in the intermediate and subsequent areas of the image, or they have to be assembled in such quantity that it is an uneconomical solution.

In the case of PTZ cameras, the operator loses the overview of the entire scene, since it is usually concentrated in an individual frame. In addition, such devices are only reasonable in live observation.

In a similar way the problem develops in case of analysis applications: as megapixel or multi-sensor systems lose greatly resolution in depth, the result of each analysis is an extremely heterogeneous data quality for the different areas of a space.

By definition, PTZ systems are not suitable for analysis because they are continuously in motion and capture ever-changing areas of object space. In accordance with the principle of data processing garbage in – garbage out (garbage inside – garbage outside), the analysis of a video image is only as good as the quality of the input data.

To perform meaningful video analysis, the essential criterion is an equal minimum resolution for the entire object space that, in ideal case, is definable already during planning and individually adapted to the corresponding application.

Multifocal sensor systems (MFS) address for the first time the optical dilemma of resolution that is reduced in depth or distance, combining several sensors with lenses of different focal lengths and thus enabling a high-resolution capture of the entire object space, rear areas of the image included.

A minimum number of camera systems ensures the required continuous minimum resolution density, even on large surfaces or long distances. In this way, MFS technology creates the basis for effective video surveillance or observation and reliable analysis results.

The 8.800 m2 of the Great Pedestrian Plaza (Domplatte) from the German city of Cologne, For example, are captured with only eight camera systems in a court-admitted decision. The same happens in outdoor areas of logistics companies.

Depending on the field of application, a single multifocal sensor system replaces up to twenty-four individual cameras. Fewer systems also mean less infrastructure (such as cables and poles), less assembly time or excavation work. Another economic effect is that fewer monitors are required for monitoring..

Starting from the usual values – a well-trained operator for up to six to eight screens at a time- it's easy to recognize the potential for savings in operating expenses or significantly improved surveillance quality.

Thanks to the considerably better overview due to multifocal sensor technology, a security worker can comfortably keep an eye on even larger contexts. The number of cameras has, together with infrastructure and personnel costs, also impact on numerous other cost blocks such as support and maintenance.

But not only the amount of the costs of acquisition and maintenance of the hardware condition the profitability of a video security system. Software also contributes decisively. Modular systems and platform approaches make it easy for the customer to license the components they need, but that they are so open and extensible that, in case the requirements change, can be adequately expanded.

Solution modules for specific sectors optimize the use of the corresponding software platform. The possibilities in the logistics sector, For example, range from automatic measurement without delay, going through the reduction of false alarms at the perimeter through AI-based object classification, to analysis options such as people counting, vehicles and parking spaces or intrusion detection, line crossing or loitering and more.

Good systems also have other elements, such as maps with 'active objects' or functions for the effective processing of the data recorded for, For example, efficient damage management.

Interfaces with all systems important for security and inmotics are often useful., such as access controls, fire or intrusion alarm systems. Regardless of your application, modular video management systems thus support the cost-effective operation of video security technology.

Data protection as a factor for profitability?

Data protection and data security are an essential factor for profitability, and not only video security systems. Today, penalties for GDPR infringements are sensitive, not to mention the costs of data loss and industrial espionage.

Like any other interconnected system, modern video security systems are also potential gateways and need to be adequately protected. For that reason, decision makers will do well to consider the privacy and security by design principles that are in the GDPR.

No less important is the country of origin and production of a manufacturer: regardless of whether you look at whether there are accidentally or intentionally built 'backdoors'; whether quality control is transparent, whether there is depth of development and manufacturing or whether political interference is avoided. So you can give the seal again Made in Germany Or, at least, Made in Europe greater importance.

Although alternative technologies such as multifocal sensor systems seem, at first somewhat more expensive, it is possible to use them with infrastructure and operation costs that are often significantly lower and help their users to better achieve security and business objectives.

So, also in the video surveillance market it is worth it, instead of asking the manufacturer or installer the famous question of what is the price of the camera, recalculate accurately and, especially, not to lose sight of the goal to be achieved.

Also in the video security sector, the maximum is in force: "Who buys cheap, buy twice!", or in economic terms: the result or performance divided by effort or price results in the profitability of the system.