The manufacturer incorporates many features and improvements to this firmware, as a third protection system based on impedance monitoring. 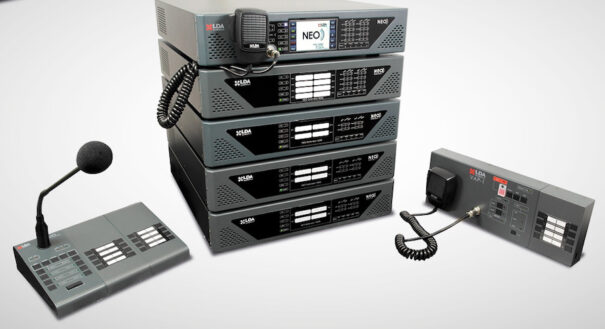 The NEO system of LDA Audio Tech already had two integrated protection systems: one on the amplifier hardware, and another that constantly checked voltage and current levels, before and after the amp.

A new third protection system has now been added, based on impedance monitoring, which is active when the speaker lines are monitored with a TFL2 (impedance method), either on a line, A+B or Class A wiring.

If the system detects a short circuit or leak, only the 'failing branch' will be completely disconnected from the amplifier, which further protects NEO hardware, as indicated from LDA Audio Tech.

Wiring monitoring of speaker impedance lines has been improved, so failures in each A+B branch are now detected independently. Added to this is a new output cycle mode A to output B so that, in case of open circuits, audio can be maintained throughout the speaker line.

The entire calibration and monitoring system has also been improved, in addition to unifying the traditional PA and VA view of NEO Configurator into one for simplicity and ease of use, facilitating the experience of setting up a NEO system.

To improve event settings and communication protocol with NEO, the operation of the event manager has been changed, so that they can now only be edited in Event Editing mode. In addition, the user can view all system logs directly from NEO Configurator and easily save them as a TXT file on their computer.