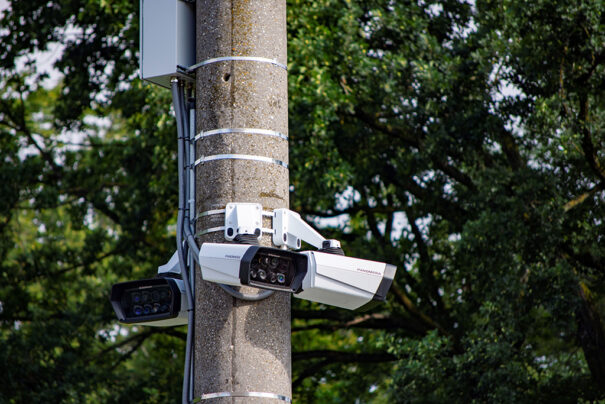 Which camera technology offers the greatest benefit to the customer in observation video technology tasks, monitoring and analysis? There is no clear answer to this question. The fields of application and the objectives that users want to achieve are too different.

Is it a question of capturing vast areas in the most economical way possible?, but mostly empty, or long distances, but only distinguishing events? Or is it important to get high-resolution recordings of all image areas and only have the ability to zoom in on certain areas if necessary?? What about the analysis requirements? And, Of course, What are the costs of each of the different solutions??

As is known, the abbreviation 'PTZ' represents the English terms 'Pan', 'Tilt' and 'Zoom', I mean, turn, tilt and zoom.

Thanks to these three functions, PTZ cameras can capture objects and people and enlarge selected frames using optical zoom for more accurate identification. They are especially used in live surveillance. They help to follow the events in detail and thus intervene immediately.

However, events occurring outside the area within the 'PTZ focus' at that time, remain undetected due to technical limitations, which precisely in very frequented areas can represent a problem. In addition, an operator can examine only one detail view per camera system.

So, in complex situations, as many PTZ systems as there are events theoretically required, being something obviously unrealistic. These cameras are also not suitable for analysis since the framing and resolution – that is,, data quality – continuously changing. Compliance with data protection requirements, such as the definition of 'privacy masks', it is also insufficient.

The case of modern megapixel cameras is different. They always represent the whole picture, many times with a very good quality, and allow a view of large areas.

However, a basic problem in physics persists: megapixel cameras observe – despite the, partly, high sensor resolution – certain scenes, For example, in the back of the image, with a lower resolution than in the front of the image.

But certain cases of application require, as described in DIN EN 62676-4, a certain minimum resolution over the entire surface to be observed. For what, For example, images of faces being admitted to court a minimum of 250 pixels per meter (px/m) and in the case of pure analysis of larger objects, only 62,5 px/m.

I mean, megapixel cameras 'waste' a valuable resource such as resolution density in the front of the image while it is scarce in the back of the image. But neither do additional camera systems or many smaller cameras with different focal lengths solve this problem..

The efficient integration of the same is, with existing video management systems, a very expensive operation and, in most cases, hopeless.

Something similar happens with the combination of several large megapixel systems., in which, due to the described resolution overcompensation, hardware and infrastructure expenses quickly get out of hand, generating bandwidth problems that lead even to existing networks of 1 Gbit/s to its limits. This also applies to planning that would quickly reach unjustifiable expenses..

The problem of a minimum resolution for powerful analysis is also not satisfactorily solved with traditional single-sensor cameras..

For good video analysis results, the essential criterion for this data quality is a minimum resolution appropriate to the corresponding analysis requirement (And, in the ideal case, definable already during planning), even in the back areas of the image.

Given the drawbacks described above in the surveillance of spacious areas, many integrators use a combination of PTZ and single-sensor cameras.

An alternative offered by the, so called, multi-sensor systems, in which multiple sensors and targets are placed in a housing, usually at an angle of 180 Or 360 Degrees.

The known drawbacks, as a low resolution in areas far from the image, no high-resolution recording of the entire scene or insufficient data quality for surface-wide analysis, nor can these systems solve them satisfactorily.

Multisensor does not equal multifocal sensor

Patented multifocal sensor technology (MFS), At last, adds the advantages of PTZ and megapixel systems by combining various lenses and sensors (multi), all with different focal lengths (focal), in a housing.

In this way, MFS systems can also capture the back and middle areas of the image with a minimum resolution density as high as foreground scenes.

Powerful software combines up to eight individual images into a full, high-resolution image, also integrating system calibration as well as time and image synchronization.. MFS systems are also scalable and combinable at will. So it is possible to manage by software even several MFS cameras as if they were a single camera system.

In the fields of application of video surveillance and video observation, this allows to cover a very large spatial context in high resolution in a single monitor. If necessary, operators can open as many zoom windows as they want via mouse clicks. In this way, complex situations are also kept under control. After all,, these are almost virtual PTZ systems in a theoretically unlimited number.

For monitoring in surveillance, MFS technology has the advantage that it records the entire area of the image with the minimum resolution previously defined, so that no information is lost, For example, for forensic evaluation. At last, for analysis, MFS technology offers, with considerably fewer systems, a constant minimum data quality throughout the space to be covered.

Conventional technologies, naturally, they still have their raison d'ies; are extreme detail resolution requirements that can only be met with PTZ systems, or situations where a large overview without high-resolution details is sufficient, e.g.. in the back of the image.

However, in the combination of both requirements – especially, when it comes to representing large areas with a minimum resolution defined by the entire surface–, multifocal sensor technology can play with advantage. Security Officers, For example, of medium and large companies, stadium operators or municipal administrations can capture large areas with a clearly smaller number of systems.

The manufacturer Dallmeier speaks of an average of up to 24 individual cameras that can be replaced by an MFS system. Like this, total costs are reduced – mainly due to savings in infrastructure and installation and operating costs – to a minimum.