The initiative, which has been implemented as a pilot project in the Madrid and Barcelona stations, has images of 200 cameras and Imotion Analytics technology to analyze user behavior and schedule range to streamline management and avoid crowding. 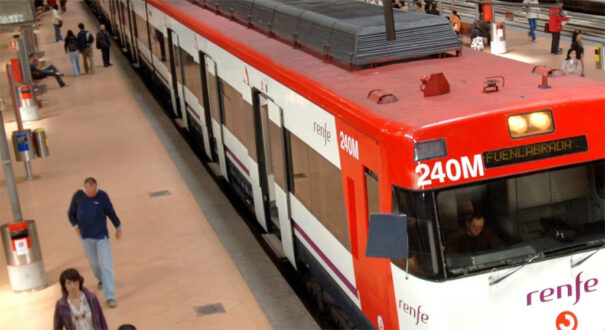 Renfe is implementing a pilot project that will allow to analyze and control the capacity of the cercanías stations, to improve train management. This initiative is based on the analysis of images from video surveillance cameras. Using a system of algorithms based on artificial intelligence, applied technology is capable of detecting, in real time, if capacity is outsoped.

Also, alert of previously defined agglomeration or congestion situations, which will allow necessary corrective measures to be taken, such as moving troops to areas with the highest number of travellers to avoid these crowding situations.

For four years now, Imotion Analytics is working with Renfe in different areas of video surveillance and, Now, is responsible for this capacity control project.

The project has started at madrid's Atocha Cercanías station, to continue to be progressively implemented in Príncipe Pio, Mendez Alvaro, New Ministries, sun, Alcorcón, Fuenlabrada, Móstoles and Getafe Center. In the heart of Barcelona, is already being developed at the Plaza de Catalunya station, followed in the coming months by clot Aragó stations, Sagrera and Arc de Triomf.

The technology Renfe is applying is based on an intelligent image display algorithm of the chosen areas, in this case the platformers, because they are equipped with surveillance cameras. The system allows you to accurately predict the number of people located in a place in real time, and by means of alarms alert the '24h control' centres.

When the project is fully implemented, scheduled for May 2021, the most important stations in Cercanías will be being analysed, who accumulate nearly a million commuters, with images of 200 Cameras.