Three Latin American companies in the energy sectors, marine ports and mining have opted for the Genetec Security Center solution to optimize and centralize their processes. 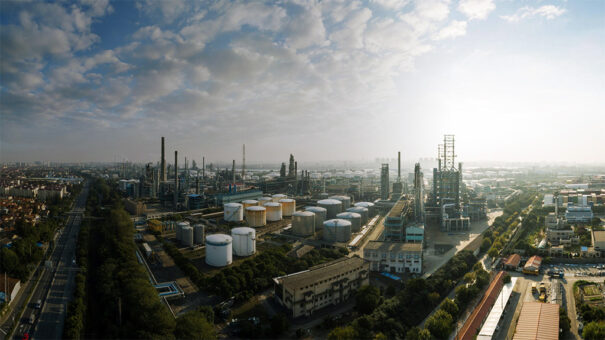 YPF has migrated its old security system, obsolete and disconnected to a unified platform, reducing costs, increased safety and operational efficiency; while Vale was looking for a unified platform, open and flexible to monitor your remote sites and control your operations centrally. TPS began unifying its perimeter security and has gradually expanded to take advantage of its security system, optimize your operations and acquire business intelligence.

YPF is one of Argentina's leading energy companies, specialized in exploration, Production, Distribution, refining and marketing of hydrocarbons, as well as renewable energy. Since its operations cover a full range of activities in this important economic sector, is considered a critical infrastructure company where security is one of the most important systems.

With regard to your security system, the biggest challenge they had was managing three different video software platforms in technological obsolescence, systems vulnerable to different cybersecurity risks, intermittent camera failures, video delays and high bandwidth consumption.

This situation led YPF to update its security systems and after a thorough analysis, the chosen platform was Genetec Security Center. Regarding video surveillance, Security Center Omnicast allowed them to centralize monitoring of around 3.500 Cameras, installed in different locations across the country.

"We needed an agile platform, that would allow us to manage all of our cameras and security systems more efficiently. Genetec Security Center helped us achieve this. I think the future is about having a flexible and easy-to-use platform, where we can merge other systems without major problems, always taking costs into account", carlos Maroni says, YPF Physical Security Manager.

Since you installed the Security Center platform, has managed to reduce the time required for incident management and investigations. It went from days to minutes. Since operators now work more efficiently, increased site security while reducing operating costs.

Today, The 80% YPF cameras are intended to monitor assets and people, while the other 20% control operations and help ensure compliance with environmental regulations.

South Pacific Terminal (Tps) is the concession that operates the container port in Valparaiso (Chile) To 110 kilometers northwest of Santiago. This closeness makes it a strategic point in the commercial distribution of the country, as the central part of the country concentrates more than 50% population and national economic activity.

The administration of South Pacific Terminal aimed to be a benchmark of the ports of the South American region. For this, needed to implement a robust video surveillance system, with the ability to operate without falls 24 hours a day, The 365 days of the year, and allow them to secure and monitor the perimeter and safety barriers, both by sea and by land.

After evaluating several platforms, chose Security Center Omnicast to ensure, at first, perimeter security, and then they're also using it to trace the loads, comply with occupational safety and environmental regulations, and get information and data for business intelligence.

"Today we have more than 250 cameras with Security Center Omnicast that are monitored by a specialist team. Gradually we have been implementing more business intelligence to make work easier and for this to be mixed with our cargo safety strategy, the port and also with our goal which is to prevent accidents", eplica Camilo Jobet Weisser, TPS commercial assistant manager.

For Vale, Brazilian multinational mining company and one of Brazil's largest logistics operators, security is a key pillar. They have many remote sites across the country and needed a platform that was open, flexible and allow you to control all your operations from a monitoring plant.

Currently, Vale has the Security Center Omnicast video surveillance system to monitor more than 4.000 Cameras, Synergis Security Center to manage access for more than 70.000 employees and Security Center Autovu for vehicle entry. Additionally, they are also implementing Plan Manager to locate all entities as cameras, doors and plate recognition cameras on a map, so that we can respond to incidents more efficiently.

Thanks to the unification of its video surveillance systems, access control and plate recognition, Vale has improved the company's security levels, have increased their situational perception and optimized their operations.