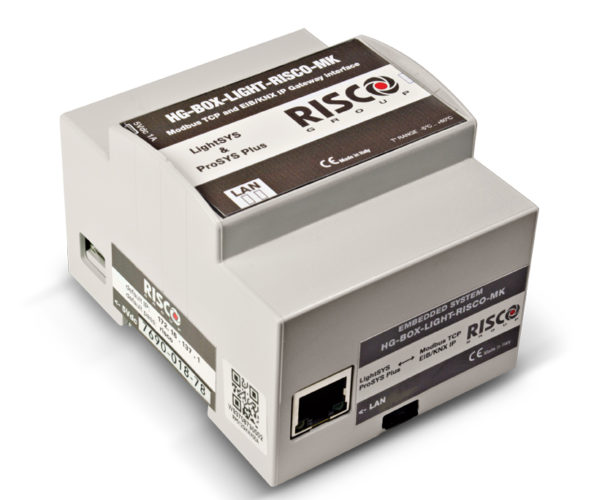 The KNX/Modbus module Risco Group allows your alarm panels to interact with building automation systems and security management systems, who use the KNX or Modbus protocol.

This solution translates signals from Risco Group's CS protocol to the KNX or Modbus protocol and vice versa over IP. It is suitable for various applications such as building automation systems in commercial and industrial installations, security management or home automation in residential facilities.

KnX/Modbus module allows integrators to use Risco alarm panels as part of a fully integrated building automation system: control the alarm panel through a management system using the KNX or Modbus protocol, including commandos, as a partial or total assembly/disarm, scheduled departures or zone cancellation; use integration with the alarm system for scenarios, such as turning on lights in the event of an intrusion or armed and automatic disarmed event scheduled; and leverage alarm system detectors/devices as triggers for other systems such as HVAC, lighting or blinds.

The KNX/Modbus module is compatible with ProSYS Plus solutions, LightSYS and Agility from manufacturer.