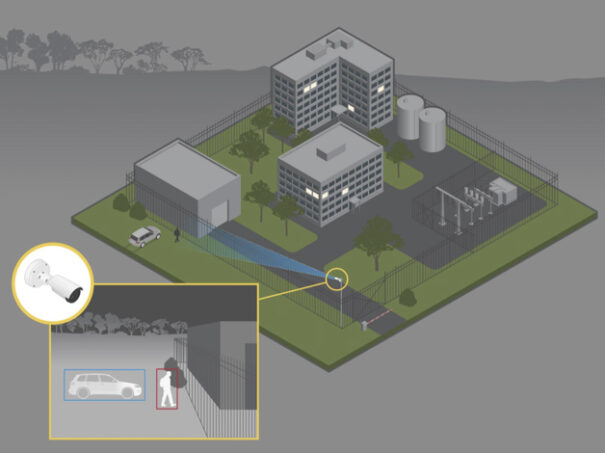 In the webinar Axis Perimeter Defender powered by AI have been announced the benefits of this analytics applied to video surveillance. In addition, the advantages of the Q1951-E and Q1952-E cameras have been shown in this environment.

The last webinar he held Axis Communications has revolved around the solution Perimeter Defender powered by AI. At the meeting, the advantages offered by this new version were revealed, that detects and classifies people and vehicles in motion through deep learning algorithms based on artificial intelligence.

To do this, the company's experts, Guillermo Lopez, sales engineer, and Pedro Navalpotro, key account manager, have explained all the novelties that this tool used for perimeter control has.

The use of Artificial Intelligence allows to minimize false alarms by ignoring variable lighting, undulating vegetation and rapidly moving shadows on the ground, improving the quality of video surveillance.

This AI-based functionality is compatible with the new Axis thermal cameras Q1951-E And Q1952-E, both with built-in cybersecurity features. Offer high quality thermal video streams 24×7, in any weather and lighting condition.

As for the functionalities of both cameras, The Q1951-E stands out as an ideal solution for perimeter security and long-range detection, as it captures events that take place over long distances.

In addition, thermal cameras can comply with privacy regulations, which makes them ideal in situations where visual cameras cannot be installed. This equipment also offers electronic image stabilization (Eis).

For its part, the Axis Q1952-E has the advantages of the Q1951-E but also includes VGA with thermal resolution 640×480 for coverage of wide areas. In addition, has a microphone jack, so you can add audio capabilities.

Love cameras, are built on an analytics platform, so it is possible to add custom third-party analytics, as well as audio analysis to trigger events, For example, detecting aggressive behavior or shooting.

Throughout the webinar, the versatility and usefulness of the Axis Perimeter Defender solution has been highlighted, as it provides the necessary elements for a fully integrated perimeter protection system, scalable and efficient. this can include a separate autotracking application for ptz and get automatic close-ups of detected objects, as well as a free and easy-to-use design tool.

Axis Perimeter Defender also allows you to stream and bookmark events in a video stream and obtain metadata.