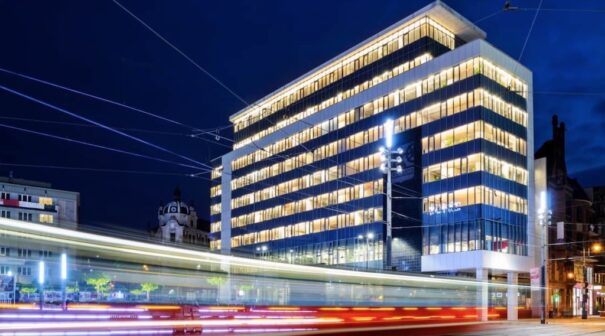 The integrated video monitoring and management systems of Milestone and artificial intelligence technology from Ibm continue to transform the Polish city of Katowice.

Improving the quality of life with integrated and intelligent security solutions is one of the objectives that has been carried out for years in the city of Katowice, in Poland which has one of the most advanced and flexible systems.

In this smart city they have the video management platform of Milestone, from which the monitoring of the installed video surveillance cameras is centralized and other services are coordinated.

The first step to build this video monitoring system to protect the city was initiated in 2001, with the installation of the first video surveillance cameras (specifically with sixteen analog devices) in strategic centres in Katowice, with the sending of images to the Municipal Police Center.

Subsequently and as part of the strategic plan to become a smart city – the so-called project Kismia: Katowice intelligent monitoring and analysis system– new investments have been made in devices that, In 2021, represent about three hundred cameras distributed by more than 160 Km2 of the city.

As he explains Mirosław Cygan, head of the crisis management department of the Katowice City Council and coordinator of the Kismia project, “adding more cameras made us think about how to operate more effectively using artificial intelligence”.

Created in 2017, The monitoring center “covers key locations in the city centre and other districts., as well as sixteen family activity zones. We now have ten road traffic monitoring points in place and we can expand the system to more than a thousand cameras”.

When the Kismia project was started, a fiber optic network, with which all the centers and many points of the city connect. The aim was to improve the effectiveness of monitoring operators and city services with better coordination..

“Kismia was created with the future in thought. Building the FO network, with flexible monitoring points and a unified data center has been a success. Katowice has a project engineer who is technologically certified and backed by Milestone Systems, which facilitates the development of a city strategy in the coming years”, Designates Marcin Palka, of the IT and crisis management department.

This integrated system provides clearer guidance on incidents and efficient cooperation with security support, which is now expanding to monitor new areas, such as deterrent car park transfer centres (park and ride).

“Katowice is a city of innovative solutions and implementation of new technologies, he says. Marcin Krupa, its mayor-. We are becoming an increasingly smart city in many areas. We were the first in Poland to create this intelligent video monitoring system at this scale and, No doubt, The Milestone XProtect contributes to increasing the level of security”.

The implementation of this system was possible thanks to several components. The software of the IBM Intelligent Operations Center was used as an operational support module, and its Intelligent video analytics as a module for the analysis of recorded images.

Video footage is handled with the Milestone XProtect Corporate management platform for registration, store, share content and manage cameras seamlessly. The system is defined for different types and situations of threat and immediately alerts the operator, which shortens the time needed to respond to services or voice communications on the site.

As a result,, operators more easily and quickly detect threat situations and determine how to address an incident. The system also supports traffic control in the city.

LPR gateways (license plate recognition) show the flow of traffic and help detect fugitive or stolen vehicles, among other elements. The operator can also tell the indicated services which direction a car is going..

The effectiveness of the Kismia system has been proven with the total detection of crimes in the city of 300.000 Inhabitants (the largest metropolitan population is 5.300.000), with the decrease in crime and theft.