The installation features video solutions and video intercoms from the manufacturer for preventive safety management. 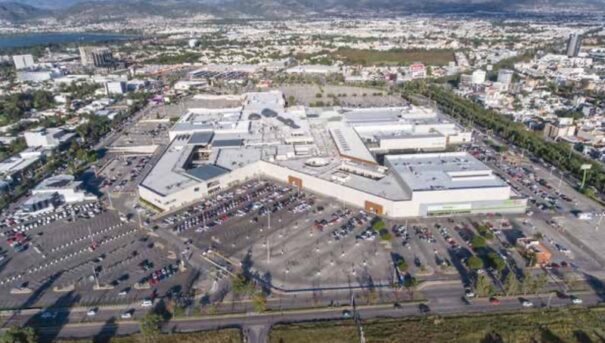 Founded in the 1990s, 1990, Plaza Mayor is the largest shopping center in the so-called Mexican Bajío (Leon - Guanajuato) and one of the country's. In its initial construction, an analog CCTV security system was installed that has been replaced to meet current needs.

In addition, this mall required a system that would help its managers manage the flow of people throughout the premises, both indoors and outdoors, and in restricted areas, as well as deter potential offenders and provide a quick response in the event of incidents, with reliable forensic video evidence.

More than two hundred IP cameras from Swedish security manufacturer have been installed to meet these requirements Axis Communications, along with video analysis systems.

In addition, a video intercom system and emergency call buttons provide communication and rapid response in case of incidents. A second phase is integrating an access control system to track distributors on the property.

This Axis technology solution has played a key role in Plaza Mayor's security strategy, which has significantly reduced incidents in the mall, in addition to allowing them to go beyond loss prevention to include operations optimization and marketing activities.

This is what Luis Morales points out, head of security at Plaza Mayor Shopping Center: "we know that technologies like those offered by Axis Communications will allow us to remain a state-of-the-art facility that also offers benefits to our customers beyond security".

Plaza Mayor receives around a thousand deliveries from distributors weekly, of which the 40% are recurring. Its managers have analyzed the possibility of integrating an access control system as a way to track vehicles entering and leaving the premises.

Using an RFID tag and an input radio frequency reader, the system assigns time and day permissions per vendor. For the 60% non-recurring providers, a web platform linked to the entry system has been deployed.

"A shopping mall can have state-of-the-art architectural design, the best stores, flawless cleanliness, but if the security it offers is not top quality, people will stop visiting it and, consequently, everything else will lose value", Morales says.

Axis IP cameras were installed in the first stage of technology evolution, although it was during the second phase that specific camera models were identified for each location and environment, during which "the quality of service and advice of the manufacturer became the key ally in selecting the right equipment for each space", Designates.

More than two hundred network video cameras from this manufacturer keep an eye on this shopping center, used in conjunction with intelligent video analytics, such as assault detection, Biometrics, license plate recognition and suspicious prowl alerts in the area.

The next step of the project has been the installation of a video intercom system and emergency call buttons with immediate communication with the center's control center. At the push of a button, buyers can alert security personnel to incidents related to theft, assaults or medical emergencies, with a quick and efficient response.

Work is currently under way on implementing access control teams to support supplier management and protect the most sensitive areas of the mall, where the product is transferred from all establishments.

Specifically,, Axis A1001 network access control is being installed, that will work together with software they hope to develop in conjunction with the center, that will generate permissions by reading barcodes through the video intercom.

The barcode will tell the access control unit whether or not to authorize entry. Restricting access in the supplier area will improve vehicle control and provide greater safety in all areas.