The La Paz and La Sorda tunnels on this well-known route now feature the OptimaX2 platform and more than five hundred exponential speakers from the Spanish manufacturer. 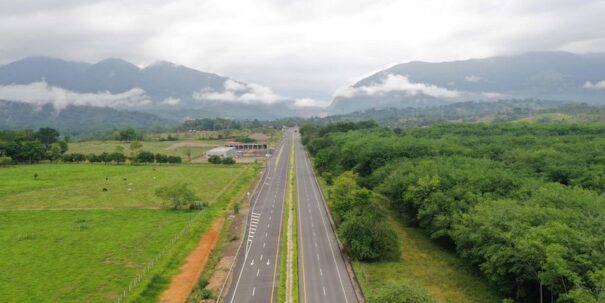 The 152 Km. on Colombia's Bucaramanga highway – Barrancabermeja - Yondó have been improved with new stretches, Bridges, viaducts and tunnels. The changes in this infrastructure concern two tunnels of the so-known as Cocoa route: La Paz y La Sorda, they have in total 5,96 Km.

A public address and voice alarm system has been installed in these tunnels from the Spanish manufacturer Optimus, together with the deployment of some five hundred exponential speakers of 10 And 30 W RMS.

Voice alarm system control is done by OptimaX2 platform, who uses his own hardware and software, as well as some standard elements of the Compact system (Cards, microphonic desks and power stages), and offers great flexibility, scalability and integration capability.

Added to this is a console with built-in Optimus DC-800ETH microphone, UMX audio matrix-03 and several IF-8P4/ETH modular amplifiers, they also have an audio matrix and IP interface, with modules of 460 W RMS up to a total of approximately 15.000 W RMS installed power.

The UMX audio array-03 is the central unit of the OptimaX2 system, redundantly connecting to IP, reception and broadcast of four simultaneous IP audio channels and internal bus of sixteen audio channels. It also incorporates the monitoring of lines and power stages of UMX-2SA cards of two audio outputs.

The 32 GB of UMX memory-03 allows you to store warning messages, evacuation and alarm in MP3 format, WAV or Ogg-Vorbis. In addition, is ready to front-host a handheld microphone for emergency warnings and other optional modules.

The entire system installed in both tunnels works on a network and facilitates the installation of equipment distributed throughout these facilities.