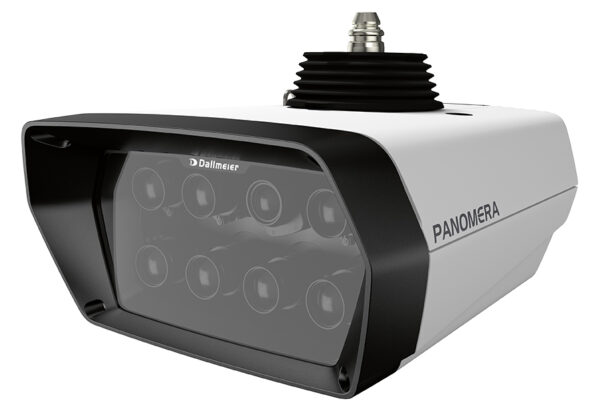 The latest series of the multifocal sensor system Panomera S of Dallmeier has been awarded the Red Dot Design Award 2021 in the category of 'Cameras and equipment', and in the subcategory of 'Surveillance cameras'.

At the functional level, the fifty experts who made up the jury were particularly convinced by Panomera's unique sensor concept, with which system users can monitor even distant areas of the image with the same high resolution as objects in the foreground.

In addition, multiple operators can observe different detail zones of large areas independently and simultaneously with a single system, to which is added the smallest number of cameras that are required, resulting in better infrastructure and operating costs.

Keeping in mind the complex requirements of assembly and installation, Dallmeier has developed Mountera, an innovative mounting concept based on a patented coupling mechanism called Quick-Lock (patent no 10 2019 122 373).

This mechanism allows a single person to comfortably install panomera s series devices. In addition, the load and duration of the lift are significantly reduced and axial detachment is avoided and, therefore, the fall of the camera after its coupling.

A multitude of brackets and mounting options (for mast, Wall, Ceiling, edge enclosures, Etc.) covers every field of application imaginable. There is also the possibility of combining a camera of the Panomera S series with those of Panomera W (180°/360°) or PTZ. Installers can run all installation and tuning jobs simply with an Allen key size.

The current Panomera S series also continues the uniform design of the Dallmeier cameras. Like this, precisely defined elements, such as radios, Proportions, colors and surfaces, are found in virtually all of your camera models, positioning itself as the first manufacturer in B2B video security technology to establish a uniform design language.

In addition, Panomera S is discreetly integrated into architectural environments and thus projects a uniform and aesthetically independent overall image. Many companies and organizations in the airport sectors, Safe city, industry and logistics around the world are already successfully employing the models in this series.

Additionally, another feature that the jury valued was the casing design of the Panomera S series: a special double wall allows a passive convection cooling, which eliminates additional cooling up to an outside temperature of 60º Celsius.

Other innovative features such as the optional system Air Blast compressed air for a cleaning of the front glass without wear, as well as Panomera Privacy Shield, that guarantees with the push of a button an effective data protection, are other features of this award-winning series from the German manufacturer.