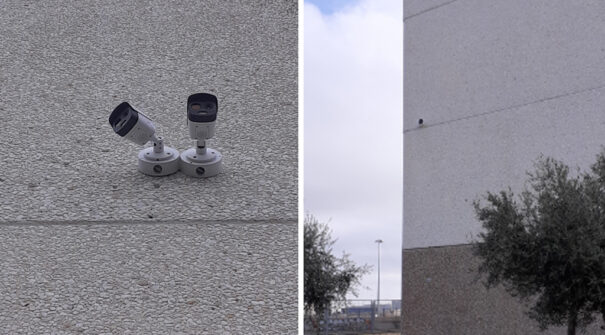 The integration and services company Iman Security has improved the external security system of a major logistics warehouse, located in the Valdemoro area (Madrid) with the thermal cameras of Dahua.

Installing a video surveillance system on a large surface can be a real challenge, hence the importance of choosing a professional and experienced installer, who knows how to correctly identify vulnerabilities and provide an appropriate solution.

This has been the case with an important logistics ship, of 35.000 m2, located in madrid's municipality of Valdemoro, who needed a reliable perimeter security system and had some difficulty meeting vulnerable points through electronic systems, due to the wide distances and annexed areas of the ship itself.

The implementation of the project, carried out by Iman Security, has consisted of installing bispectrum cameras from the manufacturer Dahua, brand that markets By Demes, to cover the entire perimeter area of the ship. Dual vision facilitates the two video streams, that are very useful for video surveillance tasks or remote rounds.

Rack-to-rack communications, because of the long distances, are made by fiber optics to avoid deficiencies in image quality. The video analysis system is based on the thermal vision of Dahua cameras, since the location of the property has a low luminosity, so, despite the absence of light, image viewing is guaranteed even over long distances.

As valdemoro's logistics ship managers have pointed out about the project, "once the needs have been set out, Iman Security has conducted a thorough study, identifying vulnerabilities, conducting an analysis to, subsequently, to translate the solution into this great project".

The implementation of a system with thermal cameras "has led to an exponential increase in safety, because the information transmitted to the CRA is very useful for security management", Underline.

As for the advantages over the previous system, logistics ship managers highlight "the ability to detect intrusions in areas with no light, taking into account the great distances".

From Iman Security, Barea Boy Frames, technical manager of the Centro area; Jordi Martinez, technical director, and Antonio Saavedra, head of security, have noted that "from the out of the outing we have received great support from By Demes, successfully developing alarm installation and management, drifting to our CRA".

For those responsible for this company, "This facility starts a very interesting line of business between our trusted provider and Iman Security to develop projects that require the highest quality".