Fourteen of the 20 clubs of the season 2019/20 of the English top division rely on Dallmeier's multifocal sensor systems to prevent vandalism during matches. 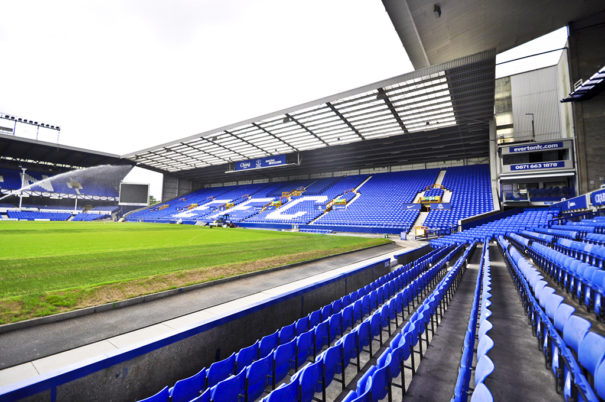 As in many national football leagues, English Premier League teams also suffer incidents such as the use of pyrotechnics and projectiles, xenophobia and vandalism.

To avoid these problems, already in 2013, FC Everton officials opted for the patented video security solution of the German video technology manufacturer Dallmeier; and six years later 14 of the 20 clubs of the season 2019/2020 premier league rely on Panomera multifocal sensor systems, like Arsenal, Chelsea, Liverpool and Manchester United.

Given that many teams from the English top division also participate in the Champions League and European, it is of the utmost importance to comply with the safety regulations of UEFA and other associations.

Dallmeier solutions enable high-resolution capture of large areas, like the grandstands, with a minimum number of camera systems. With the cameras Panomera, several operators have the possibility to zoom, independently of each other, in suspicious events, while the system continues to record the entire scene.

This combination of the advantages of PTZ and megapixel cameras facilitates an optimal overview of the situation that can also be investigated., with the minimum resolution set, at any time thereafter. In this way, clubs achieve a considerably higher incident resolution rate and can thus reduce possible fines.

In addition to the admissibility of video images before the courts, minimum resolution density is also important for video analytics applications.

According to the rule 'quality in, quality out', the quality of the analysis results, For example, in 'crowd analysis' for counting people in the stands or in crowd control in the entrance and box/locker areas, they can only be as good as the image quality and, therefore, the quality of incoming data.

With Dallmeier solutions, the client, already in the planning phase, you can precisely define the pixel density values set according to DIN EN 62676-4 in each area of the captured surface, depending on what is required, For example, 62,5 px/m for an AI-based object classification or 125 or even 250 px/m for secure admissibility of images of people in court.

"In the course of our selection process, Panomera cameras were able to provide time and again images with the highest quality, And this, both under normal daylight conditions and with weak projector spotlights, and not just live, but also in the recording, with the highest resolution quality in all areas of the image. In addition, with these cameras we can cover large surfaces, such as the entire area of the stands, with only a few systems. These reasons were decisive in our decision to award Dallmeier the video security of Goodison Park.", explains David Lewis, Head of Security and Stadium Safety at FC Everton.

Dallmeier's innovative 3D planning approach offers stadium operators the ability to accurately locate each of the cameras already in advance using a 'digital twin' of the stadium.

In this way, and planning contributes to the reduction of total expenses. Dallmeier's in-house planning team overcomes any difficulties such as, For example, visual obstacles from a video-marker cube or subsequent structural modifications. This assures the customer that there are no 'cost traps' and ensures compliance with all requirements, Without exception, during system deployment.