This technology from the German manufacturer allows to capture an area uninterrupted with the highest quality and resolution, intelligently joining images of up to seven detail sensors and an overview sensor into a camera system. 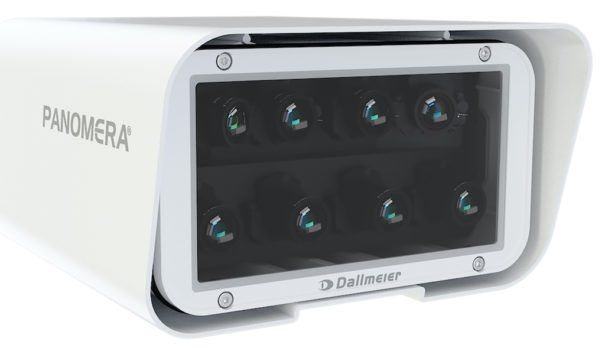 For a long time, continuous surveillance of large areas with high-resolution video technology has been a challenge for companies unable to find an economical solution.

Camera technology Panomera from the German manufacturer Dallmeier solves this problem successfully since the year 2011. Now, eight years after the German patent, it also obtains the European patent for its uniqueness.

Unlike conventional technologies, such as the combination of megapixel and PTZ cameras or so-called 'multisensor' cameras, Panomera multifocal sensor systems capture an area uninterruptedly in all areas with the highest resolution quality, intelligently joining images of up to seven detail sensors and an overview sensor into a camera system.

The minimum resolution quality can be defined exactly for each zone during planning, thus reliably ensuring that it is admitted as evidence in court or data quality for analysis tasks. This approach allows the same surfaces or distances to be captured with a smaller number of camera systems than for conventional solutions.

During surveillance or observation, operators can simultaneously zoom in on any area of the image, while always maintaining the high-resolution representation of the entire event.

They can also perform this action as many times as they want with extremely high resolution in all areas of detail of the entire scene, even post-backup: a very important role in complex situations or for a successful forensic assessment. Now, this technology has been awarded the European Patent No. 2715692.

With a guarantee of the future

At the same time, Panomera cameras provide 'full coverage' in the strict sense of the word: in each partial area of the surface to monitor the image quality is not below the specified. The decisive performance criterion in this case is the so-called 'resolution density', which is defined with the unit pixel per meter (px/m) DIN EN 62676-4.

To identify an unknown person, For example, a minimum of 250 px/m in the corresponding frame. This ensures that video recordings are supported as evidence in court, and is especially important for video analysis applications (as an object classification) requiring consistent and accurately planned minimum data quality.

It is also especially important regarding future artificial intelligence-based analysis procedures (The) they're not even available on the market yet. In this way, the customer can currently guarantee with Panomera and its camera sensor technology adequate data quality in order to protect their investment.

With its high image quality throughout the area and, as a result, the need for a significantly lower number of equipment, Panomera cameras also significantly reduce infrastructure spending (post costs, laying and wiring, installation points, screens to monitor, among other elements).

Thousands of Panomera systems have already reached their third generation and are used by operators around the world in different sectors and applications, like stadiums, Airports, urban security, manufacturing industry, as well as casinos or logistics companies. Panomera solutions can be operated with the Dallmeier video management system (Vms) or integrated into third-party systems.