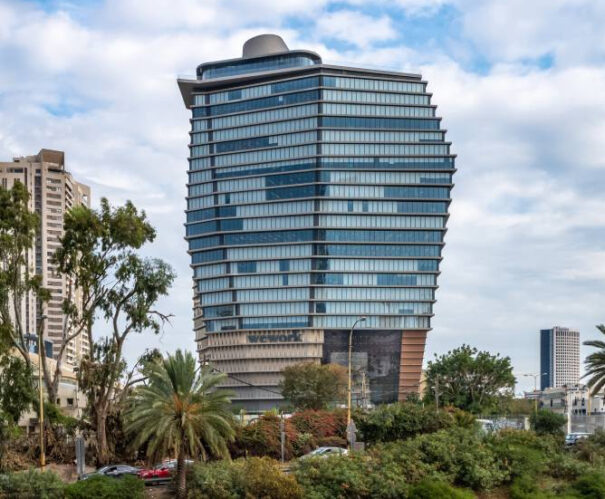 Considered the best tower in the world, ToHa has opted for the NEO and NEO Extension systems of LDA Audio Tech for your voice alarm and public address infrastructure. Installed 3.000 ceiling speakers and 400 wall, managed with NEO8060 as the primary controller.

Recognized as the best corporate tower in the world by the Council on Tall Buildings and Urban Habitat (CTBUH), The Totzeret HaHaretz Tower 1 (ToHa), located in the neighborhood of Nahalat Yitsak in Israel, has voice alarm systems and public address system from LDA Audio Tech, project you have implemented Swilco.

Organized by the World Council on Skyscrapers and Urban Construction (CTBUH), last May, the most innovative buildings in the world were examined, focusing especially this year on projects and professionals who have made contributions to advance in the field of sustainability applied to construction.

The ToHA Tower was selected as the ‘Best Office Skyscraper in the World’, becoming the first Israeli project to achieve this distinction. A project that has also won the award for 'Best skyscraper in the Middle East and Africa'. The innovative design and planning of this complex was entrusted to international architect and designer Ron Arad and Israeli Avner Yashar.

The ToHa Tower is located in the business district of Tel Aviv and its construction has 28 flats and a parking lot 4 floors for use by offices of international corporations.

Through Swilco, has opted for systems NEO And NEO Extension with EN-54 certification to install in this building. In total it has 3.000 ceiling speakers and 400 wall. All of them managed by a NEO system, with a NEO8060 as the main controller and extended with NEO Extensions, allowing you to offer complete coverage.

NEO8060 is a compact plug and play device, that includes in a single 2U equipment what normally in other manufacturers several references are necessary. Includes 8 Amplifiers, digital audio matrix (40×1.024), line supervisor, backup amplifier, double pre-recorded message player, Etc. NEO8060 allows you to scale the system by adding NEO Extension units connected directly to the main controller.